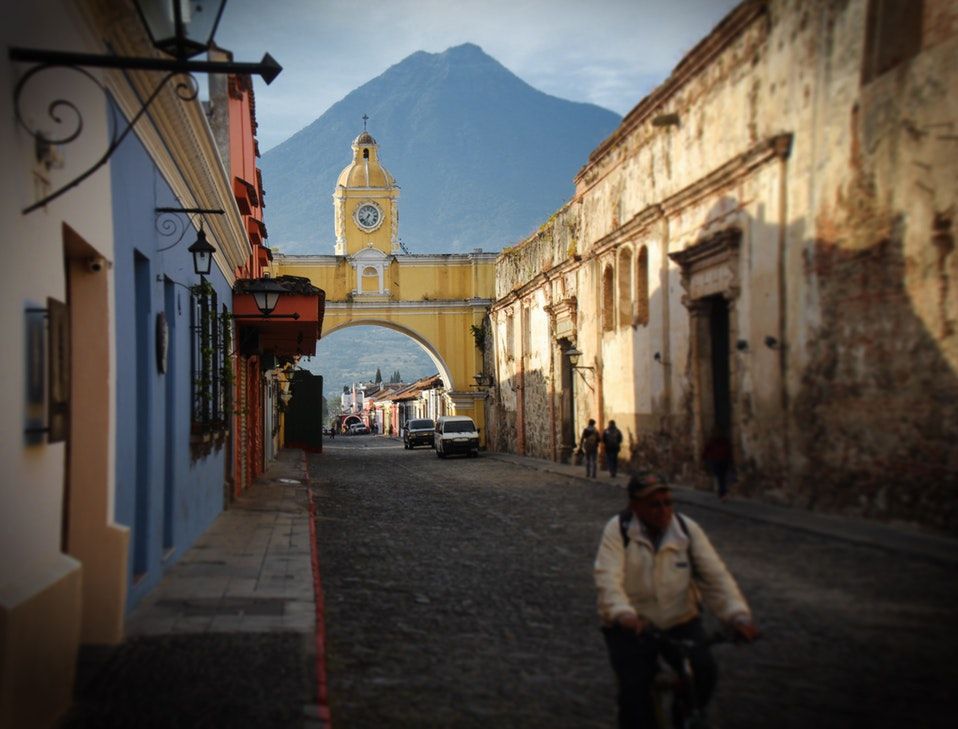 „Speech of Norman Laxton, President of the Board of BritCham, at the discussion forum “International Business Opportunities for Guatemala” “

On behalf of BritCham, I thank Universidad Galileo for the creation of this space in order to explore international business opportunities for Guatemala.

Moreover, as a proud dual citizen Guatemalan and British, it is an honour to be here as founder President of BritCham. I would like to take a few minutes to tell you about the chamber.

BritCham is established by an initiative of the British government to promote and boost commercial development between our countries, with the firm objective to take the best of Guatemala to the UK, but, very especially, with the mission to facilitate ideal circumstances to attract the best of the UK to Guatemala.

In BritCham, we want to participate in the strengthening of the fundamental pillars that favour a free flow of trade. Among them: political and economic stability, institutional soundness, clear rules, rule of law.

Therefore, we are committed to focus our efforts, so that, under the firm leadership of the private sector, our entrepreneurs can find support in an authentic production of value chains, through trade fairs, business roundtables, B2B, multisectoral commissions, research centres, strategic alliances, discussions forums, procedures and regulations, workshops on topics such as trade agreements, free trade zones…

Concisely, in BritCham we take very seriously these words:

Tell me who you know, and I will tell you who you do business with!

The United Kingdom has been the pioneer in evolve and transcend every step that has naturally taken it to become the 5theconomy in the world. Meaning…

That said, you meditate: “obviously I´m interested in exporting products from our region to a consumer economy of 65million inhabitants with an average per capita income that exceeds $40,000 per year.” However, in the counterpart of the trade balance…

“While it is true that the United Kingdom is the 10thlargest exporter of high-end products in the world, providing us with more than $400billion per year in British products, in addition to about $160billion in services…”

“What does it really mean when they tell me that Britain is a pioneer in intellectual property production?”

To be honest, only Evan Davis, writer and analyst of the BBC, manages to answer this question so masterfully, “in the manner of Harry Potter”. Let´s see what is says:

J.K. Rowling, creator of Harry Potter, is a British author, her production is very popular, and therefore she is one of the main producers of intellectual property in the world; and she has benefited from globalization.

That is, instead of just selling Harry Potter in the United Kingdom, she has sold more than 400 million books around the world.

Likewise, the total income from the creation of Harry Potter includes copyright, production of related merchandise, rights to the films, income from actors, income generated by studios, film and television networks around the world, etc.

However, if we estimate the gross profits of the Harry Potter production in one billion dollars, it is probable that only 10% has remained in the United Kingdom.

On the other hand, when estimating the fortune of JK Rowling in about 650 million dollars, and after deducting more than 150 million distributed in charitable works, it can be concluded that she received an average of 65 million dollars per year during the decade that she produced her works.

Now, if we examine these figures from the perspective of the manufacturing sector, her income is equivalent to a successful factory with a payroll of 1000 employees, with an average salary of 30 thousand dollars per year

In conclusion, Harry Potter is the result of the benefits of a British economy based on sound principles of “intellectual property”. That is, an economy in which the entrepreneur must resort to the magic of creativity and the power of the mind to make a living.

To finalise, we know that all economic transitions demand our adaptation to continuously changing markets. And Brexit, it’s not the exception.

Nevertheless, for Guatemala, Brexit is a great opportunity, because it is precisely thanks to this phenomenon that the globalization of world markets has become more dynamic, that now we have the door to develop new regional alliances in favour of competitiveness, productivity, and prosperity of the region.

Thank you very much!